What Did You Do To Your Bultaco Today? 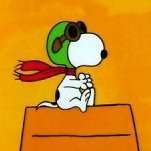 I posted some new pictures of the bike now that its finished, I hope you like them. I might take some more if we get a touch of snow ( link below)     http://ralphsbultaco.blogspot.co.uk Just finished my first tank redo.. I think its actually a Pursang MK IV tank ..but basically same shape as a model 49..doesn't have the little wings in back... I bought it cheap to practice on before