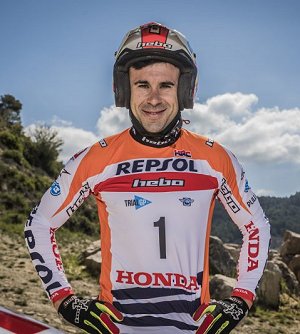 Brilliant twenty-two times world Trial champion, Toni Bou has made the decision to stay with the Repsol Honda Trial Team, whom he joined in 2007, adding a further three years to his existing contract.

The Repsol Honda Trial Team and Toni Bou have lengthened their agreement which already unites the two parties until 2018, with a longer-term contract. The 22-times world champion’s extension with HRC will add three more years to the contract, which will conclude at the end of the 2021, after fifteen seasons with the team. Toni Bou once again places his trust in the Repsol Honda Team, the result of which has been a lengthy, ongoing success story for both team and rider. Over the last decade Bou has turned into the absolute dominant figure in Trial, becoming the most-garlanded rider in the history of motorcycling with an astonishing twenty-two consecutive world titles.