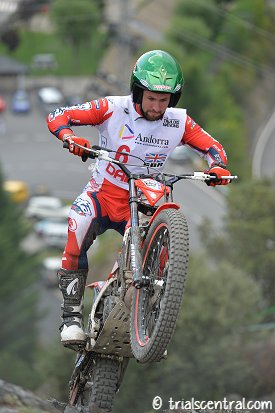 Britain's current No. 1, James Dabill, in action at the 2014 Trial des NationsThe ACU Trials and Enduro Committee are pleased to announce the following riders have been selected to represent Great Britain in the Men’s and Women’s Trial Des Nationsto be held at Vandellòs i l’Hospitalet de l’Infant, Tarragona, Spain over the weekend of 19th & 20th September.