Where are all the Pursangs 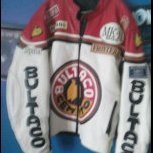