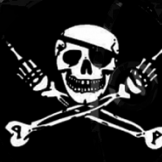 Short weekend, as I worked Saturday and the weather was crap, but got the honey doos done and went to airport late in the day to perform my required takeoff's and landings for night currency. Suppose

Hey Copey: back in my Fantic/TMI days, we used to fly around the country in Chuck's twin engine Navaho! In 87, we took all the back seats out of the plane and strapped in my bike. Just the pilot, Chu