Since I’ve only had my obviously newbie-friendly ‘16 ST300 for a matter of weeks, the tank or two of fuel has been spent on the basics of full locks and clutch control. So far, the speedo has bee 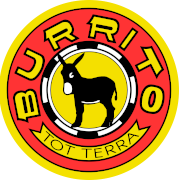 Given how cheap and easy it is to add a bike speedo it wouldn't hurt TBH ... they aren't exactly intrusive, and it'd come in handy in the event of any jobsworths / nimbys encountered on the road or gr